Whats your story?  Whats defining you? Has someone broken you with their words, made you feel less than, forced their insecurities on you and you’ve lived inside a shell of lies. Maybe its not someone physically saying things to you but your past is speaking to you. You look into the mirror each day and hear things like, you’re not beautiful, you’re not good enough, you’ll never measure up.No one will love you. I am sorry if this is your story but I write this to say one thing & that is, all those things are all LIES!!! 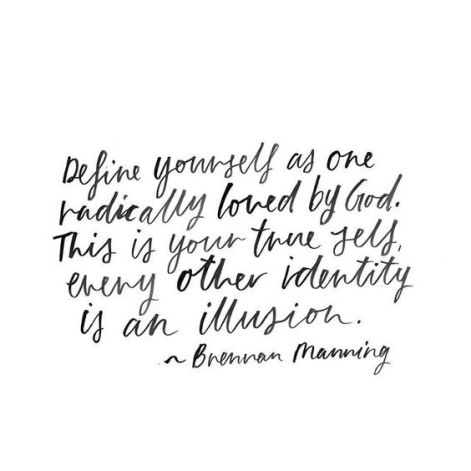 My story goes a little something like this, I am a daughter of a broken home. My parents divorced when I was really young and I knew my father but I dealt with feeling unloved at times and ignored.. My dad moved away when my parents first split & he was gone for what felt like forever to me. I felt rejected even though it was something not even about me. Within time I was able to understand more and know.But I felt those lies of rejection as a child, feeling unloved ( divorce is not for the faint of heart & breaks more than just you to the core ) but it wasn’t true and in reality he loves me very much. Luckily from a young age I knew I was a daughter of the King of Kings and put my hope in him. Whatever lie you’ve believed or has been spoken over you it is an ILLUSION. You are treasured and loved above all!

I recently heard this song Priceless by For King and Country and part of the lyrics say .. .

It might be hard to hear,
But let me tell you, dear
If you could see what I can see, I know you would believe
That isn’t who you are   There’s more to who you are

And wow that’s so true. The song goes on to speak of our priceless worth and its true.  There’s so much more to who you are, you’re not meant to be a slave to your past or present but to be living and thriving in freedom and wholeness. In Christ alone is the only way you will find it.

The word of God says in Ephesians, 6:12 For we wrestle not against flesh and blood, but against principalities, against powers, against the rulers of the darkness of this world, against spiritual wickedness in high places.

I grew up knowing this verse but never saw it in action until my pawpaw said it to me one day when he recognized that is what I was facing. It hit me we don’t literally fight a physical fight with someone but a spiritual battle of the mind. Its an internal warfare. An attack ..The enemy is pretty good at it too. That’s when we have to be on guard & fight back with prayer! He knows what makes you tick so prepare for that area to be targeted.       I read a quote recently that stated “Satan’s target is your mind, satan’s weapon, lies. Satan’s purpose to make you ignorant of Gods will. Your defense the inspired word of God.”

I pray if you’ve lived in a shell of confinement defined by someone else that its broken this minute!!! You were created to be your own person, to not live beneath what someone else says you are. But to live and believe what Christ says about you! To walk in a new perspective of being defined by Christ ALONE! To walk in a King and Queen mentality always!

Ephesians 1:7 I am Forgiven!